Jay D. Jones is one sure act that’s hard to follow and one you definitely don’t want to miss. He is a Charlotte native and personifies the true quality of music at its finest. This modern day “Crooner” is bellowing his way to the top in the Indie industry of music and into the hearts of his fans with his soulful sounds and distinguished gentlemanly image. His artistry is credited to inspiring artists such as Sam Cooke, Otis Redding, Marvin Gaye, Donny Hathaway, and his all time favorite, The Temptations, just to name a few. Jay D. Jones gives honor to the Most High for his accomplishments and makes no excuses for anyone. “It is this solid foundation/rock on which I stand that has elevated me to the highest places and I’m still climbing.” His genre of Jazzy Inspirational Soul or HeartSoul is sweeping the nation as he invites people of all races, cultures, and creeds to an experience beyond such barriers…And that’s just GOOD MUSIC!!!

Danyell Cherece is an avid singer, writer, musician/producer in her own right. Though a Charlotte, North Carolina native, she is definitely a citizen of the world to those who love good music. Danyell received her early musical training in the church and performed her first solo at age 11. Danyell’s musical talent, in addition to playing the piano, has been heavily influenced by phenomenal musicians such as Stevie Wonder, Donny & Lalah Hathaway, Earth, Wind, and Fire, Chaka Khan. Danyell carries a sweet spirit that personifies her ability to communicate with her audience and the many listeners to come. 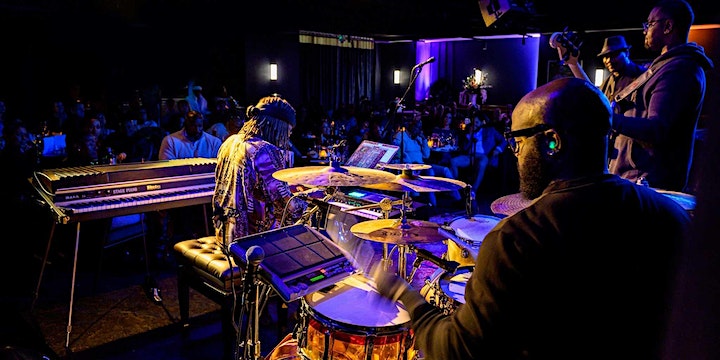