Ronnie Laws is an award-winning tenor saxophonist and composer whose career has straddled the worlds of jazz and R&B since the mid-1970’s. Since 1975 he has placed no less than seven albums in the Top 200 — including his 1975 Blue Note debut Pressure Sensitive — as well as tracks and albums in no less than six other music categories. He has worked as an in-demand session man and live musician with a who’s-who of jazz and R&B greats including Ramsey Lewis, Gregory Porter, B.B. King, George Duke, Quincy Jones, Stanley Jordan, and dozens more and after talking several years for a much-deserved hiatus, has returned stronger than ever and ready to turn the music world upside-down once again by working with and mentoring his son, Jaman Laws, an incredible musician in his own right who has recently released his debut album which was produced by his father.

When he first moved to Los Angeles in pursuit of a musical career, he woodshedded with the Jazz Messengers (Ronnie’s brother flautist Hubert Laws had played with them in the ’50s) and especially Hugh Masakela. His early gigs included playing with pianist Walter Bishop, Jr., Doug Carn, and on his brother’s CTI recordings. In 1972, he joined Earth, Wind & Fire for 18 months and was, in effect, its first saxophonist, playing both tenor and soprano; he played on the album Last Days and Time. In Los Angeles, he made the acquaintance of Donald Byrd. The two became friends and Byrd got Laws signed to Blue Note. His 1975 debut, Pressure Sensitive, got serious radio play despite landing at only 73 on the charts, and yielded the enduring jazz-funk classic “Always There.” It has been covered and/or sampled by well over 100 artists, helping Laws become known as one of the originators of Smooth Jazz. With his other ’70s work — Fever, Friends and Strangers, and Flame — which boasted his first cross continental 12″ hit “All for You,” Laws established himself as a workhorse studio musician, playing on recordings by Ramsey Lewis, his sister Eloise, Arthur Adams, Gene McDaniels, and Wayne Henderson, to name a few.

In the ’80s, Laws remained an international festival and club draw. Despite the fact that he is often characterized strictly as a “smooth jazz” artist, Laws might be the first instrumentalist to score hits in the emerging “quiet storm” subgenre of R&B. Laws started to showcase his voice along with his saxophone playing on tracks like the title cut to Every Generation (1980), “Stay Awake” (from 1981’s Solid Ground), and “Mr. Nice Guy” (1982). “Stay Awake” spent 18 weeks on the R&B chart, and reached number 19. He jumped around from United Artists to Capitol to Columbia throughout the decade, issuing memorable albums such as 1983’s Mr. Nice Guy and 1987’s All Day Rhythm. His records began to chart on radio R&B lists regularly — he placed ten tracks on Hot R&B/Hip Hop Songs during the ten-year period.

The ’90s kicked off with Laws returning to his hard jazz-funk roots on True Spirit. The album didn’t chart in the U.S. but did very well in Europe and guaranteed him slots at major festivals and on Ronnie Scott’s stage. In 1994, he issued Natural Laws for the Right Stuff label, which reached 34 on the jazz charts. In 1998, he returned to Blue Note for Portrait of the Isley Brothers: Harvest for the World, which reached 41. Two years later, he released Dream a Little, a vocal R&B album with jazz leanings. His two sisters and Porter appeared on the date. The track “Old Days/Old Ways” hit number 36 at Adult R&B. Signing to Eddie Holland’s HDH label in 2004, he cut Everlasting, which hit number 39 on the jazz charts. Though Laws hasn’t recorded an album since then, he continues to tour and do occasional session work. In 2017, he dropped the R&B single “Settle Down” on the Bungalo/CIA label. 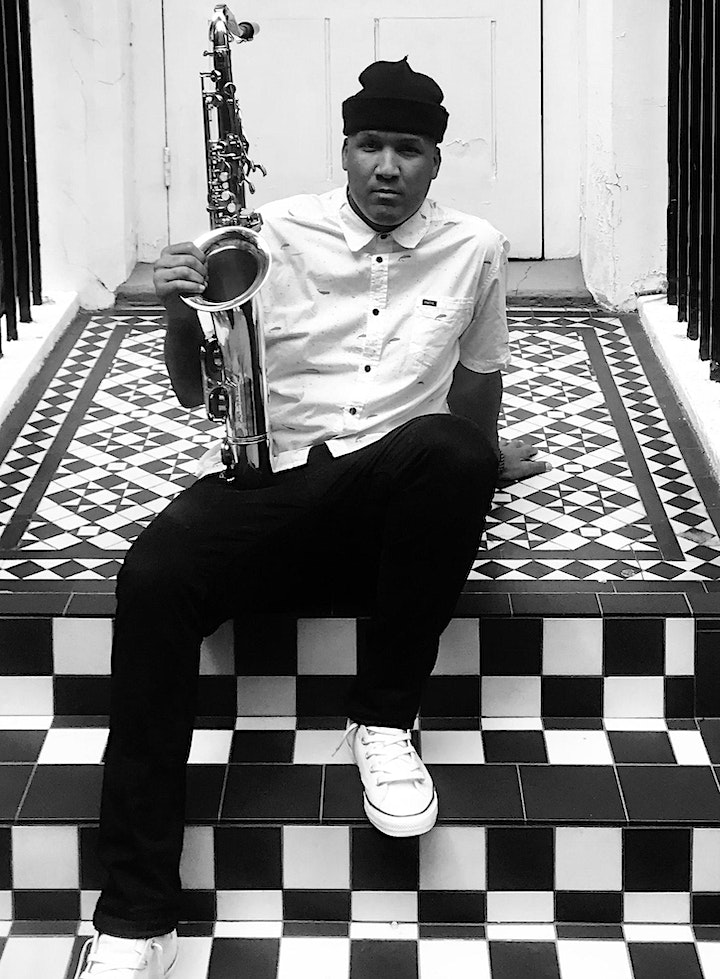 Los Angeles, California based Jaman Laws grew up in a musical family. Jaman is the son of legendary saxophonist Ronnie Laws. At an early age, Jaman showed an interest in music while traveling on tour with his father. Jaman began to catch on to many of the jazz greats like Earth, Wind and Fire, Miles Davis, John Coltrain, Stevie Wonder, The Jazz Crusaders, and many more. At the age of ten, his father bought him his first alto saxophone and encouraged him to study music in school. Jaman began performing in the school bands, learning how to read and play music, as well as how to play by ear. After graduating high school he decided to take his music career further by attending local junior colleges while performing on the road with his father. At the age of 20, Jaman started playing locally in the Los Angeles area at open jam sessions. He started to discover and absorb as much as he could from the musicians around him. While playing live, he started to develop a name for himself and began performing with local bands, playing reggae, R&B, hip-hop, and jazz. One of his first official gigs was with well known drummer Norman Conners, who inspired and motivated Jaman to work himself more and more into the music scene. He soon began playing with his two aunts Eloise and Debra Laws, and eventually got to showcase his talents on the HBO special “Lakawanna Blues”. While playing with other groups, Jaman always planned to pursue a solo career. He began writing and arranging his own music, a fusion of hip-hop, funk, jazz, and soul. Jaman has just finished his first solo record entitled “Imagery”, produced by Craig T. Cooper and Ronnie Laws.