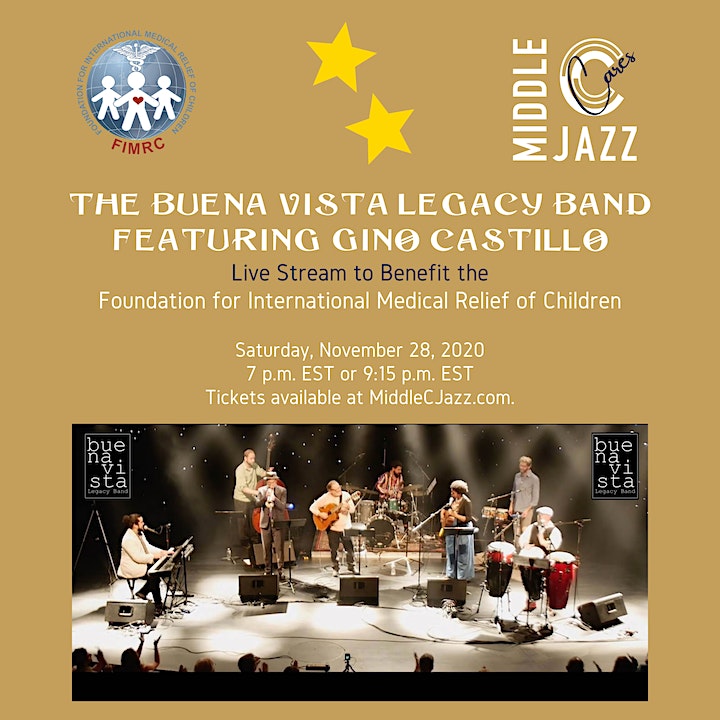 Middle C Jazz is thrilled to host The Buena Vista Legacy Band featuring Gino Castillo and more in support of the Foundation for International Medical Relief of Children (FIMRC), a nonprofit that provides access to healthcare for medically underserved families around the world.

Founded in 2002, FIMRC is dedicated to improving access to healthcare for families around the world through implementation of innovative and self-sustaining health programs. Through its network of outpatient clinics and partnerships, FIMRC asserts a multidimensional strategy that includes clinical services, extensive community outreach efforts, and health education programs – and every livestream ticket purchase from this show will help make that happen.